I’ve written for terrestrial broadcast and print, but eventually, everything ends up on the web. These stories saw their only iterations on digital platforms, something I’ve grown quite comfortable producing. 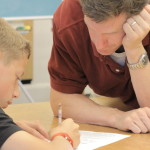 But despite my best efforts, I did blow up the moon.

It’s fitting for ecommerce startup Goodsmiths to be located in West Des Moines’ Valley Junction. Nestled above a row of brick-and-mortar offices, eateries and boutiques, the “marketplace for makers” is right at home.

Goodsmiths’ office at 218 1/2 5th St. in West Des Moines represents the union of old-school handcrafted charm and the future of the digital marketplace. The company has been in the space—which was once home to a chapter of the International Order of Oddfellows—since May of 2012…(Click link to read more)

“In this case, it was very exciting for a high-tech company from the Silicon Valley to reach out to an Iowa company because of the technology that we had developed,” said Cyber-Anatomy president Rich Lineback of zSpace’s involvement…(Click link to read more) 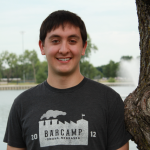 Profile of a young tech entrepreneur

Every tech geek is familiar with the trials and tribulations of being the go-to technology resource for family and friends. “What’s wrong with my computer?” “Can you help set up my wifi?”

For 20-year-old Alex Kuklinski, perhaps the most important question was: “How do you convert a .mov file into a format that works with Windows Media Maker?”

When a high school friend posed the question in 2007, it led to Kuklinski’s first instructional YouTube video.

“The video quality’s terrible, I had no idea how to shoot video,” joked Kuklinski, who is now a University of Nebraska-Omaha senior. “Looking back at it now, I’ve come a long way.”